In a continuous effort to improve PEC’s product offering and reduce the cost for its customers, PEC is announcing its 5A Desktop Cell Tester, the ACT0505, completing the current range of cell testers.

A quick view at the specifications shows 10 channels per unit, 5A per channel, full parallel capability at a 1 msec sampling frequency.

The new ACT0505 desktop test system is configurable by the end user in different channel configurations: 10 x 5A, 5 x 10A, 2 x 25A, 1 x 50A or any combination required by the test regimes. Due to high-speed fiberoptics communication between the channels there is no loss in functionality while using parallel channels. 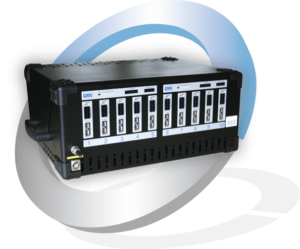 Also in terms of precision the system is raising the bar, with a 1 msec based sampling, control and capacity calculation, hardware controls for both current and voltage and a ± 0.005% FSD accuracy on the voltage readings. This is 10 times better than PEC’s previous offering and 100 times better than competing products in the same power range. Besides these major improvements the system has all best-in-class features and specifications on board from its predecessor, such as 3 automatically switched current ranges, ±0.03% FSD current control, 1 msec rise times, temperature sense per channel….

Building on the capabilities of the new hardware platform, the simulation capability of the system has been extended with a 1 msec near “real-time” data storage capability. The system also supports PEC’s automated climate chamber control, as well as the integration with external equipment and sensors via the Auxiliary IO system. All these innovations are made to help today’s test engineers in their new test requirements. New testing procedures such as Coulombic Efficiency and extended drive cycle simulations are supported out of the box, with the required accuracy to make better predictions on performance and lifecycle